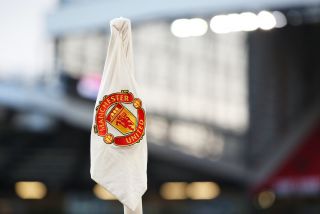 The Manchester United squad has reportedly been hit with an outbreak of COVID-19.

Unfortunately this could disrupt Tuesday night’s Premier League clash with Brentford, as reported by The Sun, though we will wait on confirmation rather than feed the speculation bunker.

According to The Athletic, the entire group who travelled to Norwich had tested negative before the game, but a few individuals tested positive for COVID-19 prior to Sunday’s training session and were sent home.

This comes after Spurs’ Premier League match on Sunday against Brighton was postponed, so we’ll be hoping the same doesn’t happen to our game against Brentford.

United are looking to gain momentum in the Premier League after winning their previous three matches following a slow start to the campaign,

If a player or member of coaching staff tests positive for the virus they must stay at home and self-isolate for 10 days. The same applies if they are a close contact.

It remains unknown whether Victor Lindelof’s heart scare on Saturday was related, but it was clear the Swede had difficulty breathing on the pitch before being substituted.