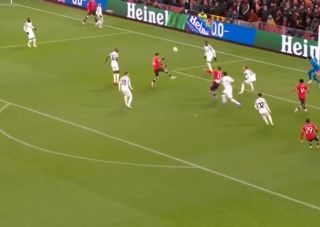 Ralf Rangnick made 11 changes to his side for the game, which ended 1-1, but Greenwood’s opener lit up what was a drab encounter and he was arguably the only player to make a strong impression on the interim manager on Wednesday night.

Despite the result, United still topped Group F but Young Boys crashed out of the competition and failed to book a place in the Europa League.

The young England forward underlined his credentials with an exceptional volleyed goal just nine minutes into the match.

Moreover, Greenwood was unlucky not to assist a second goal for United in the 34th minute when he took possession, ran down the left flank before squaring a ball for Juan Mata, but the Spaniard’s strike was met by a late Young Boys intervention.

Dean Henderson also impressed between the sticks, but he was replaced in the second half by debutant Tom Heaton.