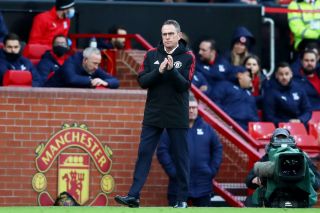 Although the Canaries have shown significant signs of improvement since Dean Smith took charge, Manchester United will look to rain on that parade, with Ralf Rangnick in the dugout for a third time after becoming interim manager.

He names a starting eleven today with 11 changes from the side that drew 1-1 with Young Boys in the Champions League on Wednesday night, as we predicted in our own XI for this match.

Smith has masterminded a win over United already this season in what was his last victory as Aston Villa boss, before being replaced by Steven Gerrard as manager at Villa Park.

A first away win against Norwich represents a good chance to build on a steady start for Rangnick.