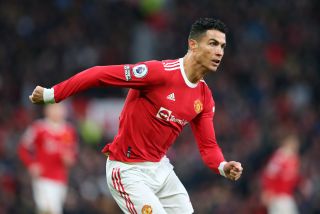 Manchester United will be looking to move within touching distance of the top four when they take on Norwich City at Carrow Road in the Premier League on Saturday evening.

The Reds go into the game on the back of a 1-1 draw with Young Boys in the UEFA Champions League, whilst the hosts were beaten 3-0 by Tottenham Hotspur in the Premier League last weekend.

Ralf Rangnick is widely expected to make a host of changes to his starting eleven to face Norwich with Cristiano Ronaldo, Bruno Fernandes and Marcus Rashford all expected to return.

Having endured a tough couple of months or so a corner feels as though it’s finally been turned at Old Trafford. Victories over Arsenal and Crystal Palace in the Premier League have lifted morale at the club and in doing so helped the Reds move closer to the top four and to within 11 points of leaders Manchester City at the top of the table. In facing Norwich City on Saturday evening, it provides United and Rangnick another opportunity to keep the winning momentum going.

Games against the lower sides are never easy affairs and I expect Saturday to be no different.

Norwich will look to make life difficult for United and will look to put plenty of men behind the ball, but with the firepower United have with Ronaldo, Fernandes and co you would expect the Reds to have far too much for Norwich and take all three points.

It’s a game which United will go into as heavy favourites and one which if United can grab an early goal they should win comfortably.