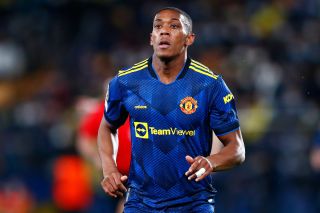 Anthony Martial wants to leave Manchester United in the January transfer window, his agent has revealed in an interview with Sky Sports News.

The Frenchman is said to be frustrated with the amount of playing time he has had this season, but I’m sure many Reds will point to how he has spent a number of spells he has had out injured?

Martial has only started twice in the Premier League this season – making five more appearances from the bench. Two more appearances came in the Champions League group stages, starting only against Villarreal under former caretaker boss Michael Carrick.

“He just needs to play. He doesn’t want to stay in January and I will speak to the club soon.”

It’s not something I suspect United fans to lose sleep over.

Stretty News reported not long ago that Newcastle had already made contact over signing Martial in January, with a number of Spanish clubs also interested.

There is no denying that Martial is a talented footballer, but he hasn’t reached the heights any of us expected. We’ve also got a number of attacking players coming through who may have a higher celling than the former AS Monaco academy graduate.

Mason Greenwood could become one of the world’s best forwards and Ralf Rangnick has been impressed by the initial signs of Anthony Elanga in training – enough to start the Swede in his first Champions League outing against Young Boys on Wednesday night.

For his own career, however, I can see why Martial wants to move on and we could probably do with getting him off our wage books, preferably to an oversees club.