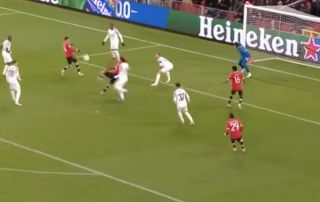 Manchester United are off to a flying start against Young Boys during Wednesday night’s final game of this season’s Champions League group stage.

Despite naming a much-changed starting 11, including several fringe and youth players, interim manager Ralf Rangnick has watched on as the Red Devils have taken the lead after just nine minutes.

Although United have so far been fairly sloppy in possession, their first real chance to get forward down the flank saw Luke Shaw whip a ball in which allowed forward Mason Greenwood to unleash a superb volley.