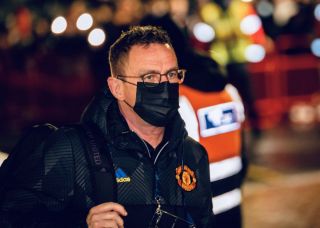 Manchester United are set to play their sixth and final game of this season’s Champions League group stage.

Although the Red Devils, now led by German interim manager Ralf Rangnick, have already qualified for the competition’s knockout phase, there will still be a desire to top the group ahead of Villarreal in second place.

Ahead of what is expected to be a decent match at Old Trafford against Swiss Young Boys, Rangnick, along with his much-changed United team, have arrived at the stadium.

😤 Pumped for matchday six in the #UCL #MUFC pic.twitter.com/y68Nyh0O3Q

The match is scheduled to kick off at 8 pm (UK time) and will be broadcast live on BT Sport.