Garth Crooks has named his latest Premier League team of the week and it features Fred after his impressive display versus the Eagles on Sunday.

The man of the moment, Fred, earns his place in Crooks’ line-up after his superb match-winning goal against Crystal Palace, which was the icing on the cake after an impressive display from the Brazil international.

It’s great to see him get the credit he deserves because Fred is often seen as the scapegoat whenever United drop points. Moreover, the fans in the Stretford End sung ‘Fred will tear you apart again’ after the full-time whistle.

New interim manager Ralf Rangnick was very happy with his midfielder after the game, too.

Rangnick allowed Fred to roam forward much like former caretaker manager Michael Carrick had done during Thursday’s win over Arsenal.

Jonathan Liew wrote the following for The Guardian: “Fred’s winning goal, a curling shot with 13 minutes to go, felt symbolically like the turning of a page, a slate being wiped clean. And yet the need for United to go to the market in search of a central midfielder has not waned.”

Fred is joined in midfield by Man City duo Raheem Sterling and Bernardo Silva as well as West Ham’s Jarrod Bowen. It is a surprise not to see more West Ham players after their 3-2 win over at the weekend. 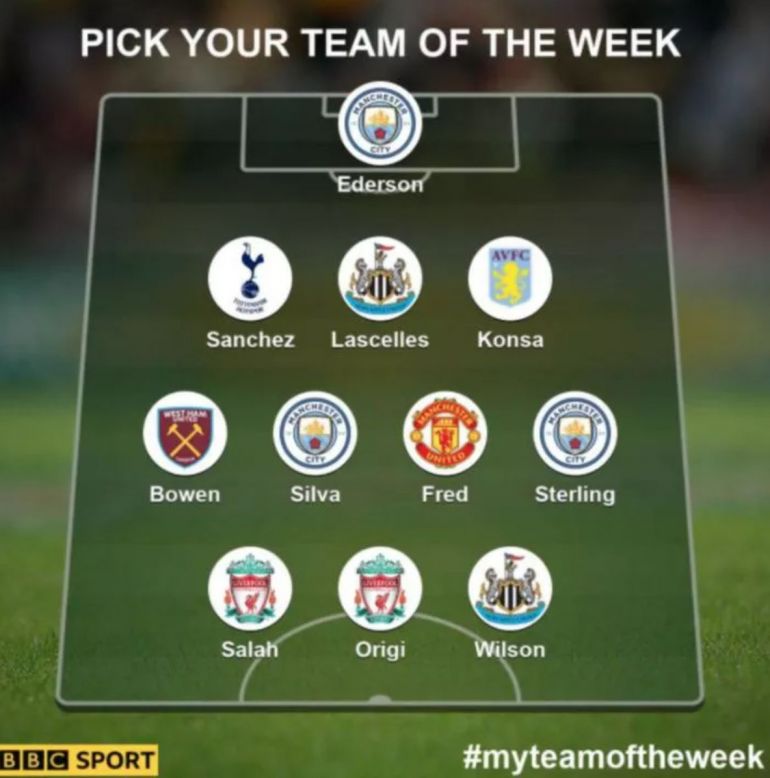 City also have Ederson in goal – in front of a back three consisting of Davinson Sanchez, Jamaal Lascelles and Ezri Konsa.

Up front, Liverpool’s Divock Origi came off the bench to ensure the Scousers took three points off Wolves. He is joined by Callum Wilson and team-mate Mohamed Salah.

No place for Diogo Dalot?