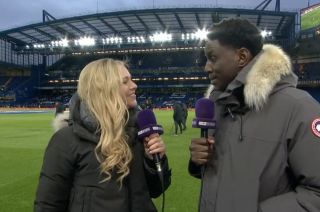 Speaking ahead of Chelsea’s Premier League home match against Manchester United on Sunday afternoon, former striker Demba Ba has given his thoughts on what the future may hold for Cristiano Ronaldo.

Sunday’s match in London will be the Red Devils’ first domestic tie since the club bid farewell to former manager Ole Gunnar Solskjaer.

Although Michael Carrick is currently leading the first team on a stand-in basis, German tactician Ralf Rangnick is expected to become interim manager until the end of the season.

Read more: (Video) Carragher hails Carrick for doing something Solskjaer struggled to do 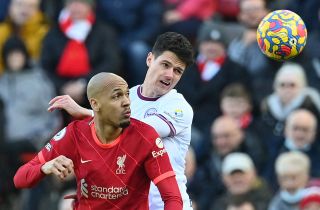 However, while the United-faithful awaits Rangnick’s arrival, Carrick has not shied away from making some pretty hefty calls that have included dropping Ronaldo to the bench for Sunday’s tie against Thomas Tuchel’s high-flying Blues.

Speaking ahead of the match, ex-Blues’ forward Ba, who spoke to beIN Sports, insisted that despite missing out on a starting spot on Sunday, Ronaldo will play a key role under Rangnick once the German’s appointment is finalised.

“Yes. I believe yes,” Ba said when asked if Ronaldo will fit into Rangnick’s plans. “Rangnick has that intelligence to get the best out of the players.

“Also, I believe that he also has that intelligence to adapt to that squad he has, when he has it.”

🔢 @CarrieBrownTV is joined by @dembabafoot for a look ahead to @ChelseaFC vs @ManUtd!

We also discuss @Cristiano‘s omission from the starting XI and how he will fit into a Ralf Rangnick system…#beINPL #CHEMUN pic.twitter.com/UiKiLRy7oC