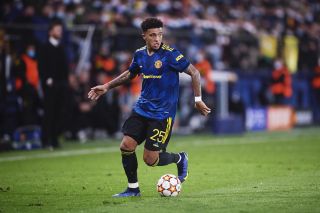 Manchester United have appointed Ralf Rangnick as their interim manager until the end of the season and all eyes will be on Michael Carrick’s final game as caretaker manager this weekend against Chelsea.

The former midfielder oversaw this week’s 2-0 win over Villarreal and will assume responsibilities once again against Tuchel’s side but will then work under incoming boss Rangnick.

There were a couple of standout performers in the win against Villarreal and it remains to be seen how Carrick decides to field his side ahead of the imminent appointment of Rangnick.

Jadon Sancho, who scored his first goal for the club in the closing exchanges in Villarreal, is almost certain to start again as looks to kickstart his United career.

There are, however, doubts over Donny van de Beek and if he will start back-to-back games for the first time this season.