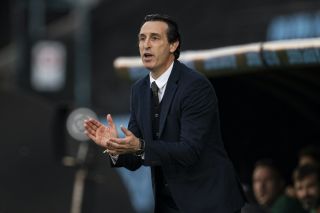 Manchester United will be looking at getting back to winning ways when they take on Villarreal in the UEFA Champions League in Group F on Tuesday night.

This will be the first fixture for the Reds since the departure of head coach Ole Gunnar Solskjaer, who left the club following a disappointing 4-1 defeat to Watford in the Premier League at Vicarage Road last weekend, whilst the hosts drew 1-1 with Celta Vigo in La Liga.

Duo Paul Pogba and Raphael Varane will both miss the trip to Spain through injury whilst defender Luke Shaw is also a doubt to face Villarreal having suffered concussion against Watford.

It’s no secret that it has been a difficult past few months for Solskjaer and when the news broke that the club had parted ways with the Norwegian, you couldn’t help but feel sad. Despite a run of disappointing results it must not be forgotten that Solskjaer has steadied the ship at Old Trafford.

With Michael Carrick now in charge, albeit short term, it is now down to him and the players to finally stand up and deliver the goods and start playing like we know they can — starting with Villarreal on Tuesday night.

The Spanish side have made a subdued start in La Liga and currently find themselves in the bottom half of the table in 12th place and although it will be far from easy this is still a game United will go into as favourites and with qualification from the group looking likely to go down to the wire it’s a game United can ill afford to drop any points in should they wish to progress to the last 16.

An early goal in many respects could go a long way to deciding this one and if United can grab one it would help ease the pressure enormously on the players and allow the Reds to play more freely with confidence and if Ronaldo, Fernandes and co all turn up and play like we know they can then United will have more than enough to get over the line and leave Spain with all three points.