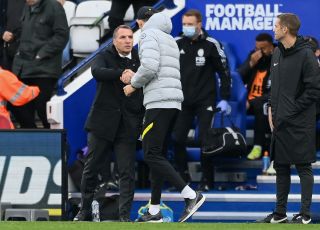 Neil Custis of The Sun believes United are prepared to pay £8m in compensation to Leicester in order to take their manager midway through the season. That is on top of the £7.5m payoff for the Norwegian.

However, the Foxes are struggling for results this season and the other names being branded for the job would please fans a lot more than the former Liverpool and Celtic manager.

United’s search for a new manager is in full swing, but The Sun believe plans were made last month when a leading agent was asked to sound out Antonio Conte, Erik ten Hag, Zinedine Zidane and Rodgers.

The agent came back with a report and felt there was a good chance United could land the Northern Ireland coach, who won the FA Cup against Chelsea last season.

Meanwhile, Mauricio Pochettino is said to interested in taking over at Old Trafford, even if it means coming now and ending the season early with Paris Saint-Germain.

Michael Carrick will stand in for Tuesday night’s game at Villarreal in the Champions League.