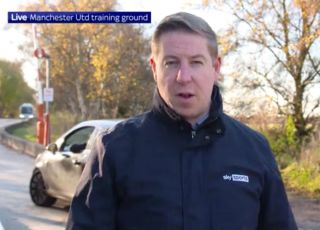 The writing was on the wall after Manchester United fell to another crushing defeat in the Premier League. This time at Vicarage Road the Reds lost 4-1 and now senior officials have lost confidence in Ole Gunnar Solskjaer.

It feels like the manager has took charge of his final game, with Darren Fletcher expected to come in on an interim basis, in time for Manchester United’s trip to Villarreal in the Champions League on Tuesday night.

Michael Carrick will remain as assistant manager for now.

He claims senior officials have lost confidence in Solskjaer and he will be sacked in the coming hours.

Moreover, a number of sources believe he has managed his last game at United.

🔴 Ole Gunnar Solskjaer's future has been discussed, senior club officials have lost confidence, his future will be decided within the next 24 hours.

We already know that Joel Glazer is the only person who can actually fire Solskjaer, but it sounds like they are in the process of that already, with an announcement expected in the next 24 hours.

There is, of course, going to be commercial reasons being the cause for such delay.

Those going into new roles will be fully aware of their positions today at the very latest, while the club identify their number first choice to succeed the Norwegian.

It doesn’t look like it will be Zinedine Zidane even though he seems to be the Glazer’s number one target.