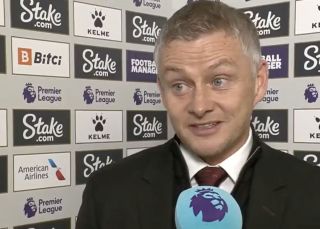 The Red Devils have lost five of their last seven matches, with this weekend’s latest defeat coming by way of a 4-1 thrashing.

With Solskjaer now desperately close to being relieved of his duties, speaking after the game, when asked on whether or not he expects to be shown the Old Trafford exit, the Norwegian kept his cards close to his chest but didn’t rule out the possibility.

🗣 “If the club are thinking about doing something, that’s a conversation between us and not you and me.”

Ole Gunnar Solskjaer refuses to be drawn in to any questions about his future as the Man United manager pic.twitter.com/efxkhXm6QO