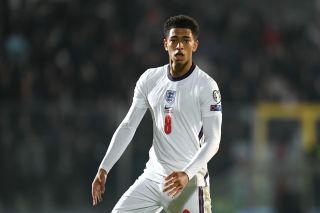 The 18-year-old became a regular for the Bundesliga side after joining from Birmingham City in 2020. Manchester United tried to sign the young English talent at the time, although he opted for Dortmund instead.

Speaking to FourFourTwo earlier this year, Bellingham said that he always planning to choose Dortmund despite attempts from United to sign him. This comes with the player’s belief that the German side offers a clear pathway for players of his age to come into the side and thrive, so long as they do the work on the training ground.

“United have a fantastic squad, but I was so focused and so happy with the interest from Dortmund that this became my first choice,” Bellingham said. “It was never a case of this club over this club. For me, it was always Borussia Dortmund, and that’s it.

“The only thing I was bothered about while making my decision was playing football, and this was the best place to do that.

“It’s as clear as day that if you come here and do the right things, you’re going to get your opportunity.”

Keane has been talking to ITV about his old club missing out on a signing with huge potential, especially at a time United have cried out for quality in the middle of the pitch.

“He’s got a great chance, the kid, we love everything about him,” Keane said, as quoted by the Mirror.

“What he does on the pitch, the way he speaks off it, he’s playing week in, week out for a top club. The potential in this kid is scary.

“I saw him recently playing in the Champions League game and he was producing passes… I didn’t think he had that in his locker quite yet.

“The potential of this boy, he’s a good size, he’s like a boxer, he’s a strong powerful boy. Gareth [Southgate] must be rubbing his hands.”

It goes without saying that Bellingham would already be a huge improvement on what United have in midfield. We see Fred and Scott McTominay as a duo in the middle more often than most, but the team still get overrun by weaker sides up and down the Premier League.

United also need a player who can sit deep and make quicker transitions up the pitch with precise forward passing. That way the attacking players in the team will at least get at our opponents.