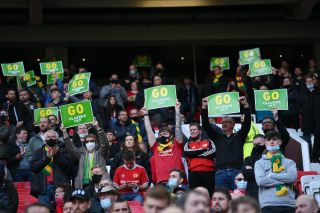 In the wake of fresh reports on the Manchester United fans’ share scheme, the club has released a statement to add clarity around the situation.

Fans will be happy to hear that progress is being made but we are only hearing an official line from the club because of the Sky Sports report from this morning.

Manchester United’s statement reads: “We are in advanced talks with MUST about a Fans’ Share Scheme which would open a path for fans to build, over time, a meaningful ownership stake in Manchester United.

“This would give fans a strong collective voice within our ownership structure and help cement a new spirit of long-term partnership between fans and the club.

“There are significant legal and regulatory complexities being worked through, together with MUST and expert advisers.

“As well as making progress on the Fans’ Share Scheme, we are also creating a Fans’ Advisory Board as a new channel for board-level dialogue with supporters and this is close to launch.”