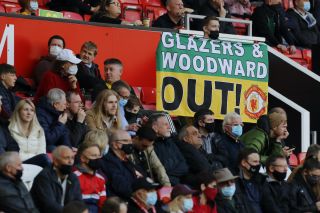 Manchester United are reportedly close to finalising the details of a new fan share scheme permitted by the Glazers following the European Super League fiasco.

Sky Sports claims that the club and the Manchester United Supporters Trust (MUST) are at an advanced stage of talks about the initiative. This will see a new class of equity carrying the same voting rights as the B-share class owned by the Glazer family.

The B-shares in question already carry 10 times the voting rights as the ordinary A-shares, which are bought by investors. It is also states in the article that the scheme is expected to be formally agreed before the end of the year, yet in June, Joel Glazer said he hoped that a plan would be agreed before the start of the current season (via MUST).

This is another example of how out of touch the Glazers are — if they thought this deal would take just a few months to conduct. Or were they more focused on quenching the fire after their ESL hiccup?

A United spokesperson is quoted by Sky Sports, saying: “We are in advanced talks with MUST about a Fans’ Share Scheme which would open a path for fans to build, over time, a meaningful ownership stake in Manchester United.

“This would give fans a strong collective voice within our ownership structure and help cement a new spirit of long-term partnership between fans and the club.

“There are significant legal and regulatory complexities being worked through, together with MUST and expert advisers.”

Stretty News understands there is still some way to go with negotiations before both parties feel a share scheme is ready to announce. It was never going to be done over night.

Ultimately, it is MUST’s job to get the best deal possible for United fans and we won’t be able to comment on that until everything is set in stone.

The pressure is on but only one thing is certain. Talks are underway.