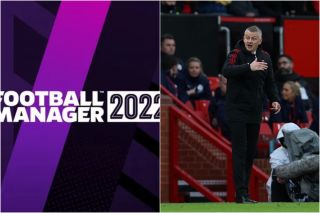 A simulation in the popular desktop game Football Manager has predicted where Manchester United will finish this season under Ole Gunnar Solskjaer.

Away from the virtual world, Ole Gunnar Solskjaer is enduring possibly his toughest period yet in charge of the side, with United registering only one win from their last six Premier League outings.

Cristiano Ronaldo’s second coming at Manchester United has worked out quite nicely so far this season – the 36-year-old has found the net nine times in just 12 appearances since completing his return.

Marcus Rashford couldn’t quite make it three seasons in a row with 20 goals or more – the Wythenshawe-born star had to settle for 17 goals and six assists.

Manchester United talisman Bruno Fernandes is not only dazzling in real life but also in the game. The 27-year-old scored 14 goals and assisted 18.

At the end of the season, Manchester United finished fourth in the Premier League table on 74 points, the same amount they finished the 2020/21 season on. Liverpool finished third, Chelsea second, and Manchester City won the league. Only for points separated Manchester United and Chelsea but City remained a whopping 18-point-gap on Solskjaer’s side.