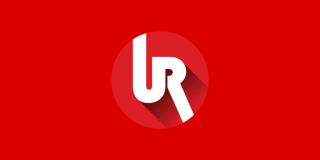 Manchester United fans on Twitter will be familiar with utdreport, a popular news aggregator account that churns out all the important news about the club we love. It has managed to attract over 700,000 followers on Twitter but the man behind the account is aiming for the 1 million mark.

We caught up with Elliott Gembler, who has turned a hobby into a full-time job, to paint a picture of @utdreport behind the scenes.

United fans are currently eager for updates on Ole Gunnar Solskjaer’s managerial situation but at least some actual fans have you covered, not just the mainstream media which plucks away at the club with its ABU (anybody but United) agenda.

Elliott joins Stretty News to tell us about running the most successful United pages on social media and much more.

Who started utdreport and when did it originate?

Elliott: “I started utdreport alongside my friend Arvin Amin as a hobby back in 2014. I had no clue what it would eventually become. The initial goal was to literally cure some boredom.”

How did you become a United fan?

Elliott: “I became a United fan thanks to my uncle. He took me to my first game in 2003 when we beat Everton 3-2 at Old Trafford. I still remember Wayne Rooney flying in on Cristiano Ronaldo with an awful tackle!”

The account (@utdreport) is a brilliant way for United fans to get snippets of news on Twitter, but where do you think you will be in 3 years?

Elliott: “I hope for the account to reach 1 million followers, which is very achievable in my eyes – especially following the investment from Rocket Sports Internet.

“United’s success on the pitch is also key and helps the account grow, so I hope we can improve in that department!”

Have you had any engagement with the club or its players?

Elliott: “We’ve had a good relationship with a number of the players, including Luke Shaw. He’s provided us with tickets for games such as the EFL Cup final in 2017 as well as the Manchester derby. I have good contact with some of the people working at United, in departments such as the social media team, MUTV and general content team. It’s always great when they interact the account – it means we must be doing something right!”

What is the best thing about working on utdreport?

Elliott: “The responsibility. I enjoy running the biggest Manchester United Twitter account and the trust people show in us to provide accurate and reliable news. I also enjoy working with graphic designers and creating visual content for our followers.”

Worst thing that comes with following United on social media?

Elliott: “The toxicity. At the moment, it’s not a nice place to be. There doesn’t seem to be any middle-ground, it’s just full of extremes.”

How do you feel about players coming out apologising after bad results? It’s been a regular occurrence this season.

Elliott: “I didn’t mind it at first because usually it’s not the players actually posting on their socials – most of them hire social agencies to handle all of their online accounts. But when does that stop? Surely these companies must now understand that these post-match apology posts are not going down well? Sometimes saying nothing is best. Let the players do their talking on the pitch.”

Which other United accounts do you recommend fans to follow?

Elliott: “Many United accounts have come and gone throughout the years but there are some who have stuck in there, creating some fantastic content for fans. We’ve obviously got the guys at Stretty News, who produce 24/7 news coverage on their site as well as a great podcast discussing all the current affairs at the club. I also suggest checking out @R_o_M on Twitter – they’re a true voice for the fans.”