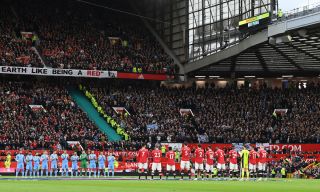 The Premier League have confirmed that next season will start earlier than usual as a result of the mid-season World Cup planned for next winter in Qatar.

Next year’s tournament, scheduled to begin in the middle of November 2022, is set to become the first World Cup not held in May, June, or July. Furthermore, it’s set to be played in a reduced timeframe.

The decision to host the 2022 World Cup during the winter came following reservations over the climate in Qatar during the summer months, with peak temperatures rising above 40 °C.

A decision from the Premier League has now been communicated, with confirmation over the league’s adjustment plans due to the topsy-turvy schedule.

Next season’s Premier League will begin earlier than usual, with a start date set for August 6. In comparison, this season’s curtain-raiser was on August 13.

The final round of fixtures is set to be played on November 12 and 13 before a month-long break, with action not resuming domestically until December 18. The season will end on May 28, 2023, five days later than last season’s finale.

SN’s verdict on the World Cup’s impact…
A mid-season tournament the size of the World Cup was always going to have a traumatic effect on all of the big European leagues but the welfare of the players has been overlooked.

The mid-season break, first introduced in the 2019/20 season, is likely to be scrapped as Europe’s leagues attempt to accommodate the dramatic change in schedule.

The added games will add to their already heavy workload and it wouldn’t be to anyone’s surprise if injuries saw a sudden rise following the experimental project in Qatar.

Luckily, there is no major senior men’s tournament planner for the summer of 2023 and adequate rest will be available then but there are fears that the damage could already have been done by then.