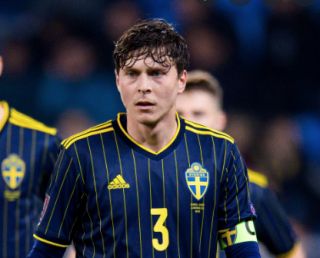 Victor Lindelof made a costly error against Georgia last night.

Sweden were already 1-0 down when he tried to pass the ball out of defence, only for him to give up possession and Georgia to take further advantage in the game. It’s something you could see happening in United’s defence when he try to play out with the ball, and not having a proper defensive midfielder who can come and collect the ball makes the transition even harder.

The result saw Sweden climb out of top place in the qualifying group ahead of Sunday’s showdown with Spain. They will need to be at their best to get a win in that match.

Swedish outlet Fotboll Skanalen gave Lindelof’s performance 1/5, the lowest possible rating on their scale, which left pie on their captain’s face after a disappointing night. He was also criticised for losing an aerial battle for Georgia’s first goal of the night.

Lindelof told reporters after the match: “I try to chip the ball over him, but really I just gave it away. I can not do anything about it right now, but of course it’s frustrating.

“We must try to recharge, recover, go there [Spain] and give everything. Then we will see where it leads us.”

Moreover, the Sweden captain was criticised on Swedish TV by former midfielder Kim Kallstrom, who you might remember from his brief spell in the Premier League at Arsenal. He told TV4, as per Sport Bible Sweden: “This is not how you should play defensive games. We have been incredibly positive about him, that he is a playing defender, but there are limits to that. You must not chip the ball as the last man.”

Lindelof admits United’s dynamics haven’t changed a lot since Ronaldo’s return: “It hasn’t changed much. Of course, we have brought in a world-class pillar that contributes a lot both on and off the field. I just think it’s been nice to have him there.“ [@fotbollskanal] pic.twitter.com/IyknODaLQk

Lindelof has not been in great form for United this season and it has followed him on the international stage.

Sweden must now win in Spain, who won 1-0 in Greece to seize top spot, in their final group game to qualify automatically for Qatar. Anything else and it’s the play-offs. 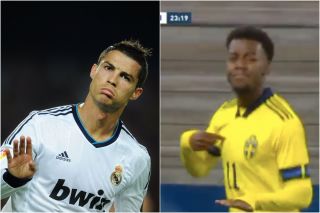 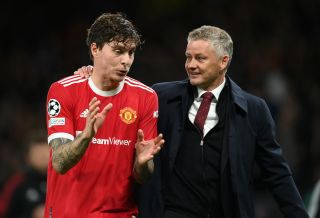