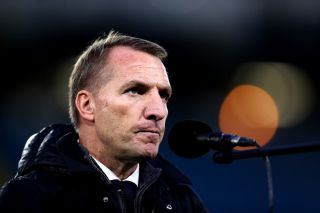 It is now surely merely a case of ‘when’ rather than ‘if’ Manchester United part ways with floundering manager Ole Gunnar Solskjaer.

I wrote on these pages a few short weeks ago about how it’s increasingly clear that – for all the good work he’s done at Old Trafford – Ole is not the man to take us forward. This project has run its course – he’s hit his ceiling and taken us as far as he can and there is no shame in that.

It seems increasingly likely Solskjaer will be here until the summer, mainly because there’s no viable, immediate replacement at present. If various reports are to be believed United have a shortlist of three managers to replace Solskjaer: Erik ten Hag at Ajax, Leicester’s Brendan Rodgers and still the apple of their eye Mauricio Pochettino. But all three men are currently in work and you suspect United’s hierarchy don’t have the nous or the were withal to poach any one of those bosses out of their positions during the season.

Any of them would be better than what we have but for me Rodgers ticks all the boxes. He’s under contract at the King Power until 2025 but if United play their cards right they would surely be able to bring him to Old Trafford even if not until next season. Cynics might question why he would want to leave a comfortable job punching upwards in the east Midlands for Old Trafford’s poisoned chalice car crash. But even with United in their current state, the lure of working with Cristiano Ronaldo, Raphael Varane and Jadon Sancho et al would hold even the greatest managers in thrall.  In short, it would be too good an opportunity to turn down.

Rodgers is unlikely to be the universally popular choice at Old Trafford – perhaps in part due to his links with the dark side down the East Lancs Road (more on that in a moment). But he is everything a Manchester United manager should be. Not only has he usurped the current incumbent thrice, he’s turned a middling Leicester side into an exciting blend of youth and experience, consistently punching above their weight.

Rodgers went to Scotland and dominated Scottish football, although in fairness the absence of any serious competition – this before the second coming of Rangers – cannot be ignored. There is hardly an asterix next to Rodgers all conquering work north of the border but context is important.

The way he has improved Leicester is arguably more impressive. As already mentioned, he’s beaten Solskjaer three times and turned the Foxes from pragmatic and conservative underdogs into one of the Premier League’s most vibrant and upwardly mobile sides. With a solid spine of dynamic midfield duo Youri Tielemans and Wilfried Ndidi, string-puller in chief James Maddison, the evergreen Jamie Vardy and ex-Red Jonny Evans at the heart of the defence there’s also a sprinkling of youth with emerging rough diamonds Luke Thomas, James Justin, Harvey Barnes and Wesley Fofana – all have flourished on an upward trajectory under the tutelage of the Northern Irishman.

He’s proved himself to be to be tactically flexible, plays an eminently watchable style of football and has something else Ole hasn’t – and probably never will – from his time in England: a trophy. It might ‘only’ have been the FA Cup but he took Leicester past four top flight sides en route to winning it last term, including us in the quarters and then Thomas Tuchel’s soon-to-be-European champions Chelsea in the final. Another mark in the credit column.

Let’s not forget the proverbial elephant in the room: his Liverpool connection. It shouldn’t be a problem – it wasn’t for Sir Matt Busby (he played for them and Manchester City don’t forget) but, in the modern landscape when social media is the judge, jury and executioner, it probably is. As Rodgers himself once said during his Anfield tenure (via Manchester Evening News): “When you manage Liverpool, you know the Manchester United job is gone.” But since when are United’s owners likely to take notice of such a statement?

If the Old Trafford hierarchy can see past his Liverpool links and make him the next United manage, the pressure would be on from the very start. As soon as the Reds hit a rocky patch the connection with the “other” Reds would become an issue for fans, pundits and the wider public alike. Solskjaer has, to an extent, been protected from such merciless flak but – unless he wins from the start – Rodgers would be afforded no such luxury if he was appointed at Old Trafford. But he ticks enough boxes with enough credit in the bank for such a drawback to be overlooked.

For all his admirable work, there are of course some questions. He took Liverpool to the brink of their first title in 24 years in 2013-14 when they led by five points with three games to go. But they blinked with the finishing line in sight and the rest, as they say, is history. In both of his full campaigns in charge of Leicester they have faded to drop out of the top four at the death when Champions League qualification seemed a certainty all season. In mitigation, though, the effects of the first lockdown and “Project Restart” on a small and injury-ravaged squad during the 2019-20 run in cannot be underestimated. It is perhaps this, rather than Rodgers lack of  “cojones”, which proved the main factor in his side’s last gasp disintegration.

As with all managerial appointments, United would be taking a gamble if Rodgers came to Old Trafford but its one I’d be happy for us to take.