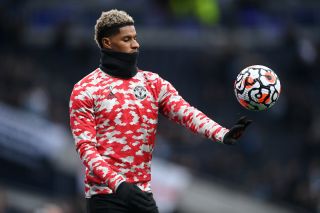 Marcus Rashford will miss England’s two World Cup qualifiers against Albania and San Marino after pulling out of the 25-man squad.

The Manchester United star only recently returned from a long spell out with injury and had to undergo shoulder surgery. On top of that, Rashford has been ill and decided himself to withdraw from Gareth Southgate’s squad to focus on making a full recovery for his club.

According to James Ducker of The Telegraph, Rashford initially started to feel unwell during United’s flight back from Italy following their 2-2 draw with Atalanta.

He played 70 minutes against the Serie A outfit and was named on the bench for the Manchester derby on Saturday – only to replace Mason Greenwood in the second half.

Credit where it’s due because many felt Rashford made a mistake by holding off on his operation to focus on England at Euro 2020. It didn’t go as planned, though. They lost the final and Rashford hardly featured throughout the tournament.

Greenwood is another young United player trying to focus on his club career.

It’s different now because these are qualifiers and England should have no problems on the qualification front. The national side is in agreement with United that it would be of the player’s benefit to continue working on his fitness at Carrington.

Luke Shaw is another doubt for the Three Lions after sustaining a head injury in the derby.

Will Jadon Sancho get called back into the squad as a result? Only time will tell…