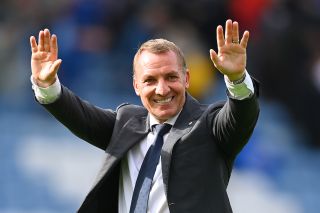 A recent exclusive report from Caught Offside suggests Brendan Rodgers has verbally agreed to take over as Manchester United manager, yet Ole Gunnar Solskjaer remains in charge at the club with doubts over his future flooding the headlines.

The Norwegian’s long-term future as United manager is in real doubt after a shoddy start to the season. Questions are already being asked about whether it’s possible to show any progress this term and we’ve not even reached the Christmas period.

Saturday’s 2-0 defeat against Man City will only pile more pressure on Solskjaer as we head into another international break. I used to dread this breaks because I would miss watching United, but now it’s fully coated by managerial uncertainty and doubts over our expectations.

Caught Offside understands United are making progress on appointing Rodgers, although the Northern Ireland man’s preference is to remain in charge of Leicester City for the remainder of the campaign.

A source has been quoted as saying: “Brendan Rodgers to Manchester United… he’s agreed it, there’s just question marks over when he’ll take over. That could be at the end of the season, which he would prefer, but United are pushing for now.”

If United are really pushing for now, that would suggest it is curtains for Solskjaer and he looked a defeated man when being interviewed by Sky Sports after the derby.

I still think he will be in charge after the international break and that won’t quieten the critics around Old Trafford.

Rodgers has done an impressive job at Leicester — winning the FA Cup last season — and making them regular contenders in the hunt for top four each season.

The question is can he make Manchester United the best team in England and beyond (Europe)?

Good manager but I have my doubts.