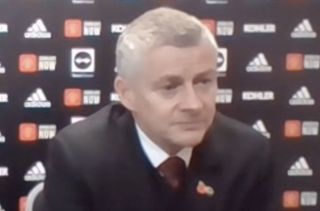 United came into Saturday’s early Premier League fixture off the back of a 3-0 win against Spurs which they followed up with a 2-2 draw against Atalanta in the Champions League earlier this week.

However, despite being on a run of two unbeaten games, the Red Devils froze when faced up against their noisy neighbours. 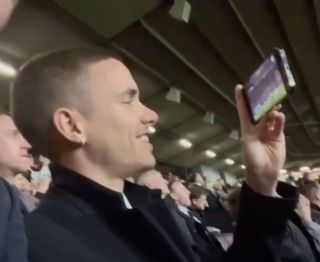 Following a lacklustre performance that saw Pep Guardiola’s Citizens run out 2-0 winners, if results go against them, United could find themselves way down in 10th place in the Premier League come the end of the weekend.

Speaking after the game, when asked for his thoughts, Solskjaer said: “You’re right – back to where we should be.

“We started to look on the front foot, a team that I like to see.

“Then we’ve had two or three, four weeks now, a disappointing spell and yes, the result against Tottenham and performance was good. But it’s not what we want to look like, to put it that way.

“But unfortunately, we’ve had to try and get a few results – got a couple of good results at Atalanta and Tottenham and today was a big step back.”