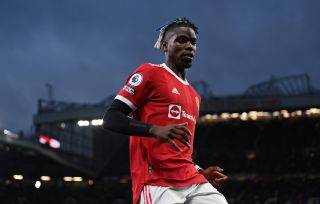 Paul Pogba’s future at Manchester United remains up in the air and with less than one year remaining on his current deal at the club, the contract he signed in 2016, speculation is at an all-time high.

The 28-year-old started the season in fine form but his presence has wained over the last month, with Cristiano Ronaldo’s arrival seemingly stealing his thunder.

Despite his contract unwinding at an uncomfortable pace for Manchester United, he is valued at a whopping €60m by Transfermarkt. Pogba is free to speak with foreign clubs over a pre-agreement in January, with an eye to completing a free transfer next summer.

The state of play could, however, have been very different. According to the Daily Mail, Pogba sought out talks with United in 2019 in a bid to secure a long-term contract but was rejected by Manchester United.

As per the report, Pogba was being courted by some of Europe’s biggest clubs but decided to ignore the interest and make agreeing to fresh terms at Old Trafford his priority.

The plea by Pogba was rejected by the United hierarchy and they instead decided to trigger a one-year extension to the deal one year later.

SN’s verdict on Pogba’s contract stand-off…
Following the developments of this season, Manchester United will feel vindicated in their decision to not reward Pogba with a bumper contract. They would have risked being tied to Pogba for the rest of his career and the Frenchman has never reassured supporters he has what it takes to lead this team.

On the evidence of this campaign alone, Manchester United look a far better team when he’s not playing and despite the criticism on Scott McTominay and Fred, the pair offers balance to a side in desparate need of it.

Pogba offers the opposite. United look lost when the France international is playing and although the latest report in a long saga will be surprising to many supporters, the club made the right decision to not cave in.