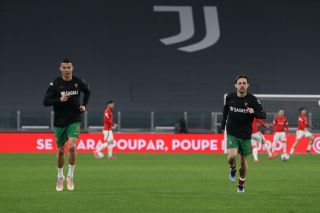 Bernardo Silva is preparing to face international teammate Cristiano Ronaldo for the first time in a competitive match this weekend, as Manchester United host Man City in the Manchester derby.

Premier League champions City come to Old Trafford for the early kick-off which means Silva and Ronaldo will be on opposing sides for the first time in their careers.

The Reds go into the game needing a result after feeling the pressure mount on manager Ole Gunnar Solskjaer. Our manager cannot afford another hammering like the one we suffered at home against Liverpool, two weeks ago.

City boss Pep Guardiola has already warned his players about Ronaldo’s presence and he already has nine goals in 11 games this season since returning to United from Juventus. Hopefully Tuesday’s brace in the Champions League will spur him on to notch again on Saturday, though, Ronaldo rarely needs a special invite to score goals.

However, speaking about Ronaldo ahead of the derby, Silva told Sky Sports News: “I think he is doing well.

“He is helping United with late winners this season. He is a player that people know, he can decide the game.

“We’re going to be focused on our job.”

Ultimately, I hope everyone respects the Manchester derby this weekend and by saying that I don’t mean by showing too much respect for one another…

I hate seeing hugging and kissing between compatriots before these games. It feels so out of place.

There is also reason to trust Ronaldo being focused on getting the result on Saturday. He will be hungry but the team’s overall performance will be huge in our bid to take something from the game.