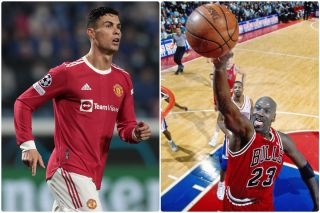 Cristiano Ronaldo continues to bail Manchester United out in Europe.

For anyone complaining over that, it’s literally Ronaldo’s job to score goals and that is why we signed him in the summer.

After Tuesday night’s 2-2 draw, Ronaldo told BT Sport that playing Atalanta has always been tricky, but it was he who scored a brace to ensure United got an important point on the road.

"We believe until the end."

Then manager Ole Gunnar Solskjaer went on to compare him to basketball legend Michael Jordan.

He paid tribute to Ronaldo, 36, and compared him to Jordan in terms of his influence.

“Cristiano is just incredible,” said Solskjaer, as quoted by The Mirror. “We all have our roles and responsibilities and Cristiano is a leader in the group, he scores goals.

“If there’s anyone you want a chance to fall to – and a difficult chance – it’s him. It’s just incredible. 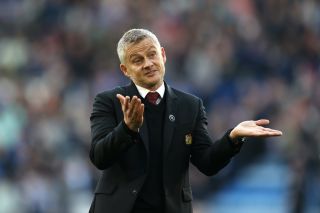 “We’re not happy conceding two goals. But I’m sure the Chicago Bulls didn’t mind having Michael Jordan either.

“Sometimes the teams have the players they have and that’s why they are at Manchester United or Chicago Bulls, and you come up with those moments.

Does Ole have 11 players he can trust?

Solskjaer definitely has the majority of the squad on side, but can he field a full team he can trust?

He may have a Michael Jordan in Ronnie, but that will only paper up the cracks as far as this conversation is concerned.

There are too many players who he can’t trust.

Harry Maguire is making mistakes every week and Paul Pogba has gone from assist specialist to complete liability.

Ronaldo did it again but the performance was shoddy at best.