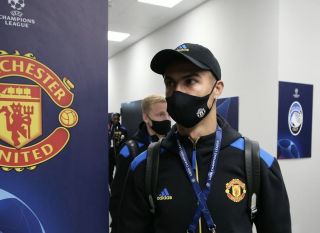 Manchester United are preparing to take on Italian side Atalanta in what will be their fourth fixture in this season’s Champions League.

The Red Devils will come into Tuesday’s important away European clash off the back of an emphatic 3-0 win over Tottenham Hotspur in the Premier League last weekend.

Looking to pick up where they left off, Ole Gunnar Solskjaer, who remains under pressure, will be desperate to make it six points from his last two, in all competitions.

One player who the Norwegian has called upon for the second time in as many matches is star striker Cristiano Ronaldo.

Set to start against Gian Piero Gasperini’s Atalanta, the Portuguese megastar has been spotted arriving at the Gewiss Stadium ahead of Tuesday’s 8pm (UK time) kick-off.

Are the noodles under there? 🧢#UCL pic.twitter.com/qBeOVk7qk7 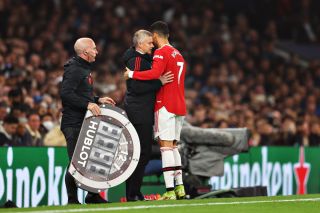