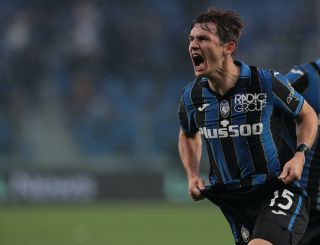 Manchester United take on Serie A side Atalanta in Bergamo tonight in the reverse fixture of last month’s memorable comeback at Old Trafford.

Ole Gunnar Solskjaer’s side were two goals behind before rallying back to win the match 3-2, thanks to another late winner from Cristiano Ronaldo.

Since then, Atalanta have drawn two and won one in Serie A – sitting fifth in Serie A — and they need a win in the Champions League tonight.

United sit on top of Group F in the Champions League with six points, while their Italian opponents are third with four points, so the Reds will be looking to avoid defeat tonight by hopefully taking three points to strengthen their hold on the group.

The match kicks off at 8pm at the Gewiss Stadium and it will be shown on BT Sport 2.

BT Sport subscribers will be able to access streams via multiple devices, as well as being able to watch the match from their preferred TV guide.

Fans will be keen to see how Solskjaer approaches this game after going with three centre-backs at the weekend against Tottenham. A front two of Ronaldo and Edinson Cavani would certainly help scare Atalanta.

Although you must always be wary when playing away from home in Europe, I don’t think Atalanta are a very strong side and we should be putting them away without any complications.

Unlike the reverse fixture.

A front duo of Ronaldo and Cavani could cause mayhem for Atalanta who like to defend from one-on-one situations around the pitch.