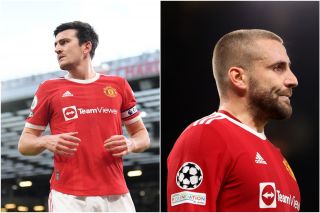 The aftermath of Manchester United’s embarrassing 5-0 defeat to Liverpool last week has mainly been centered around the future of Ole Gunnar Solskjaer, who is under increasing pressure at the helm of the club.

United’s exit from the Carabao cup meant a rare full week’s rest for Solskjaer’s side, with a trip to the Tottenham Hotspur Stadium awaiting them on Saturday.

The humiliating loss to Liverpool is bound to shake things up at Manchester United but with Solskjaer reportedly told he has three games to save his job, will he go bold or will he go safe?

A manager in trouble often tends to go with what has worked in the past but with several key stars underperforming, dropping them could be the only solution.

Raphael Varane’s return to training will be a boost to Solskjaer, who must drop Harry Maguire if he is to restore any pride from last weekend. Furthermore, Luke Shaw is also wildly misfiring and could benefit from time off the pitch.