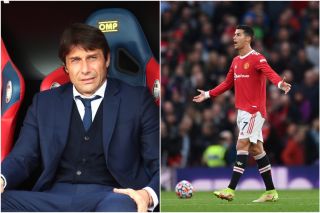 Antonio Conte has been named as a possible successor to Ole Gunnar Solskjaer, who is under increasing pressure at Manchester United following a poor run of form, which has seen his side win just one out of their last five Premier League games.

The Italian manager, who won the Serie A with Inter Milan last season, is out of work after walking away from the job earlier this year.

Earlier on Thursday, we covered reports that Conte had given his ‘yes’ to Manchester United, with the club reportedly giving Solskjaer a three-match deadline to save his job. The same outlet, Gazzetta dello Sport, have detailed the reasons why Conte would be open to joining the Old Trafford club.

A list of players are mentioned, with the former Chelsea manager said to be more than happy to work with the following players: Ronaldo, Pogba, Varane, Telles, Fernandes, Martial, Sancho, Greenwood and Rashford.

Clearly, should the Italian walk through the gates at Carrington, there won’t be a need for a revamp of the current squad as he seems to be a fan of most of them.