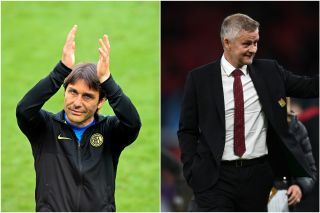 Ole Gunnar Solskjaer’s future in the Manchester United dugout is hanging in the balance amid a poor run of results, which has seen his side claim just one point from the last four games.

Large sections of the United support were already questioning Solskjaer before last weekend’s game against Liverpool but the 5-0 defeat was the tipping point for many.

Solskjaer’s future is now in doubt, with some reports even claiming the Norwegian has been handed three matches to salvage his diminishing dream of leading United to a trophy.

Manchester United are not spoilt for choices when it comes to identifying a replacement for Solskjaer, with many of the top coaches in Europe already tied down to existing commitments.

Former Chelsea manager Antonio Conte is currently the favourite to become Solskjaer’s successor and reports now claim the Italian has made his decision over the Old Trafford gig.

That’s according to Gazzetta dello Sport, via Sport Witness, who say that Conte has said ‘yes’ to an offer from Manchester United.

With Solskjaer’s future still up in the air, what the club decides over the next two weeks will be vital. Clearly, Conte is very keen on becoming the next boss at Old Trafford.