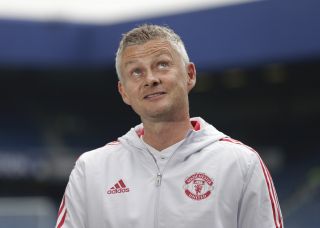 Kick-off between Manchester United and Liverpool at Old Trafford is an hour away and despite doubts over his fitness, Bruno Fernandes keeps his place in Ole Gunnar Solskjaer’s side for the mouthwatering clash between Britain’s two footballing titans.

Solskjaer kept supporters guessing in his pre-match press conference but will be relieved to have his talismanic figure in midfield available.

Cristiano Ronaldo, who has scored six goals in just eight games since he completed a sensational return to the club last month, also starts as he makes his ninth appearance against Liverpool for United.

🚨 Presenting your United team for #MUNLIV…

Read more: “They are big-game players” – Gary Neville confident ahead of Man Utd vs. Liverpool

Manchester United are currently on a three-game winless run in the Premier League, with the last victory coming against West Ham in September.

Solskjaer will be hoping to build on the turnaround win over Atalanta earlier this week with three points against their bitter rivals.