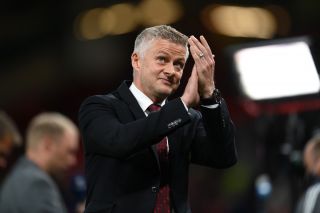 Manchester United welcome Liverpool to Old Trafford in just over 24 hours and the meeting between the two sides remains the biggest rivalry in English football.

Following a dramatic victory over Atalanta in the Champions League, spirits have been lifted at the Old Trafford club after an embarrassing 4-2 defeat at the hands of Leicester just days earlier.

On the other side, Liverpool are in flying form and currently sit second in the table. Jurgen Klopp has, however, overseen a poor record at Old Trafford since he was named manager of the Merseyside club in 2015.

Ole Gunnar Solskjaer has a few selection headaches on his mind ahead of the game, with talisman Bruno Fernandes and midfielder Fred both flagged as early doubts. The pair could feature but Solskjaer confirmed they were struggling with knocks after helping their side against Atalanta.

The Norwegian manager has insisted on playing with Fred and Scott McTominay in midfield against the better teams but with the Brazil international doubtful, his team selection will reveal who he really trusts in the Manchester United squad.

His reluctance to use Donny van de Beek this season has shown what level of faith he has in the Netherlands midfielder and that rule of thumb goes both ways.

It will be interesting to see whether Jadon Sancho returns to the squad or if Marcus Rashford, who has played just twice this season, is trusted to play off of Cristiano Ronaldo in an attempt to hit Liverpool on the break.

In midfield, it remains to be seen if Nemanja Matic will be deployed in a bid to disrupt their midfield or if Paul Pogba is trusted to add finesse to United’s play. Including the Frenchman would be a risky move but with United’s season already in danger of derailing, does he have a choice?

Regardless of how the game finishes, Solskjaer’s team selection will showcase the team’s mentality in the big games and which players are, as of now, trusted to get the job done when it’s needed most.