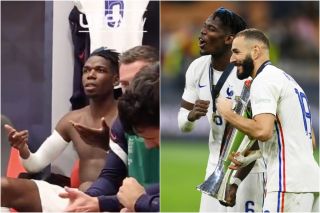 Paul Pogba helped his nation to win yet another international trophy earlier this month as he started both of France’s international games over the latest break.

France turned around a two-goal deficit against Belgium in the final, with Manchester United’s exciting midfielder playing a vital role in their journey to the final.

Just days later, they faced Spain in the final and once again found themselves on the losing side. Just like against Belgium, France found their way back into the game ended up becoming the second ever winner of the tournament.

France had been frustrating in the first half and Pogba’s inspirational team talk from the interval has now emerged on social media, with the 28-year-old heard urging his teammates to be more aggressive, as seen below.

The video is yet another testament to Pogba’s increasing leadership skills and although he remains a senior figure at Manchester United, he is often seen stamping his authority when he goes away with France.

Pogba has less than one year remaining on his contract at Manchester United and should he leave, an extension to the mentality shown above for the rest of the season would be more than welcome. 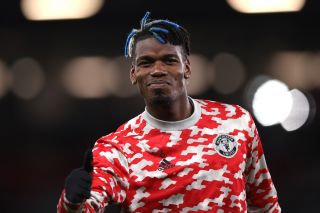