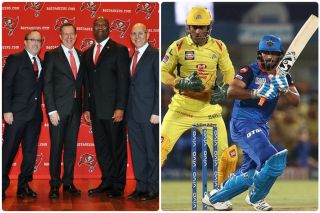 Apparently, the Glazer family are interested in owning a cricket franchise in the Indian Premier League.

They might own an NFL franchise and Manchester United already, but we have long known that none of the Glazers care for sport and their thought process is always financially motivated.

We have them to blame for the European Super League disaster and it’s still bubbling under the surface, with new plans in place for these greedy owners to ruin the beautiful game more than ever before.

According to Times of India, the Glazers have ‘shown interest’ in owning a domestic cricket franchise in the IPL. The Board of Control for Cricket in India are inviting foreign investors so long as they set up a company in the country after confirming the purchase.

That’s not quite the Cayman Islands before any of the Glazers ask.

A source claims: “So, technically, overseas investors are eligible to submit a bid if they meet these conditions. We don’t really know whether Manchester United’s owners will come to the bidding table. What we currently know is that they’ve shown interest.”

The IPL is asleep at the wheel just like the Premier League.