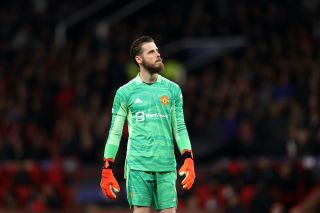 Cristiano Ronaldo scored last night’s all-important winner against Atalanta, but the three points wouldn’t have been a possibility if David de Gea had not kept Manchester United in the game.

Atalanta manager Gian Piero Gasperini was frustrated to see his side fall behind after going in at half-time with a two goal lead. He was quoted after the match by Football Italia talking up how the save from De Gea changed the course of the game.

He said: “I don’t know if we couldn’t have done more. Of course, we believed, but in an environment like this it just takes a park to get them fired up again.

“We had the sensation we were holding out, we went very close to going 3-1 up and their goalkeeper made a wonderful double save, then the 2-2 happened.”

Gasperini was aware at full-time how it can be typical of United to force comebacks in games.

He added: “Manchester United comebacks and late wins are typical at Old Trafford, I’ve lost count of how many times they’ve done it here, so it’s a characteristic of theirs.”

Atalanta were missing five players last night and I wasn’t blown away by their performance last night. Even away from home, the way they defend is unlikely to step up by that much for the second meeting between these teams.

It is likely to be another open game which would suit United.