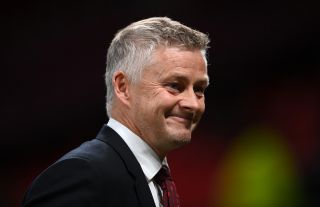 Manchester United are back in Champions League action tonight and welcome Atalanta to Old Trafford for the first time, with the Italian outfit currently sitting top of the group.

Ole Gunnar Solskjaer’s side has lost one and won one game from their opening pair of fixtures – victory over Gian Piero Gasperini’s side would see them take a big step towards qualification to the next round.

Solskjaer made several changes from the side that succumbed to an embarrassing defeat at Leicester last weekend, with underperforming stars Nemanja Matic and Paul Pogba both dropping to the bench.

The teamsheet against Atalanta could, however, also reveal what Solskjaer is thinking ahead of the weekend. The Norwegian boss will likely have Sunday’s mouthwatering encounter with Liverpool in mind.

Pogba, who is the Premier League’s leading goal provider this season, is unlikely to be benched for two games in a row whilst Marcus Rashford, who makes his first start of the season, could drop to the bench as Solskjaer looks to ease the 23-year-old back into action.

Furthermore, Mason Greenwood’s inclusion against Atalanta could mean that Jadon Sancho returns to the side in time for the game against Liverpool.