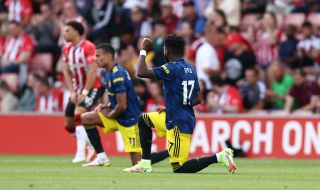 Uruguay striker Edinson Cavani is back in the Manchester United squad for tonight’s Champions League tie against Atalanta, but there are minor doubts over Fred.

The Reds are back in Champions League action with Serie A outfit Atalanta travelling to Old Trafford for a game under the lights.

Ole Gunnar Solskjaer’s side have managed one win for two games in the Champions League so far this season, after losing their opening match against Young Boys before beating Villarreal in the second group stage outing.

United have been boosted by the return of Cavani, with the striker deemed unavailable for Saturday’s defeat to Leicester City as he was playing against Brazil in a World Cup qualifier just 36 hours prior to kick-off.

According to the Manchester Evening News, however, Fred was not spotted by photographers as the rest of the team arrived at the Hyatt Hotel on Wednesday afternoon.

This doesn’t mean he won’t be in action tonight to face Atalanta, however.

Since Fred travelled back from a red list country after international duty with Brazil, as per UK COVID-19 travel restrictions, he can play but must travel to games separately.

On Tuesday, Solskjaer told reporters at a pre-match press conference: “So we’re more or less a full squad. Raphael [Varane] of course is not with us still. Edinson [Cavani] and Fred are back available, which is good for us.”