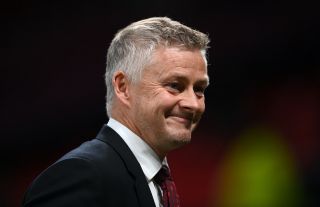 You can’t deny that manager Ole Gunnar Solskjaer is under pressure after two wins in seven games for Manchester United – but one former player doesn’t believe he will be sacked anytime soon.

Firstly, I want to comment on some of the online hate directed towards the manager, by sections of the ‘fanbase’ on social media. It is telling that right up until now that fans at games have sung Solskjaer’s name to show he’s got their backing.

Most of them have questions about the manager and some think his time is up, but that does not make it okay to show disrespect towards a club legend. We are above that.

Kleberson told Paddy Power: “They are used to winning and being at the top, so when they lose a few games in succession it puts pressure on everyone at the club.

“Even if Manchester United lose some of their upcoming games, Ole Gunnar Solskjaer won’t get sacked. I truly believe in Solskjaer, what he has done with this squad, and the way he’s trying to build a strong team.”

With a series of difficult games coming up – against Atalanta, Liverpool, Tottenham and Man City – Solskjaer knows things are not going to get easier and United need to win football matches.

Kleberson also believes that the balance of the squad needs tweaking.

Especially if Solskjaer is to get the best out of Cristiano Ronaldo.

“Ole Gunnar Solskjaer has to find a way for this team to play with Cristiano Ronaldo in the side,” the former Brazil midfielder added. “Ronaldo is like Lionel Messi during his time at Barcelona, and now PSG.

“He needs support from the players behind him, so that he has the freedom to create chances and improve the team. Playefs need to understand this and create better options for him.

“Ronaldo isn’t as young as he once was, he has to be smarter on the pitch now. The good thing for Cristiano is that United have excellent players up top. Once they find a way to accommodate Ronaldo, he will score plenty and help United to win the big games.”