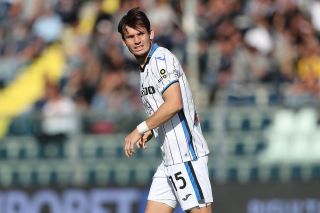 Manchester United host Atalanta in the Champions League tonight in what will be the first meeting between the two clubs.

The Serie A outfit have been in impressive form this season and one member of their squad, Marten de Roon, has been speaking to the press about the atmosphere at Old Trafford.

The midfielder was part of the Middlesbrough side which lost 2-1 at the Theatre of Dreams on New Year’s Eve in 2016. He will be hoping for a different result tonight.

Goals from Anthony Martial and Paul Pogba secured the win for United.

De Roon is excited about experiencing the atmosphere again tonight.

As quoted by TMW, De Roon said the following during a pre-match press conference: “I played four years ago here at Old Trafford, playing in front of 75,000 people is an indescribable emotion.”

Hopefully it is a night to remember with a cracking atmosphere, like Old Trafford deserves after being starved of Champions League football after dipping back into the Europa League last term.

But the performances this season have been uninspiring. Tonight, I want to see our attacking players lift bums off seats and give the fans a reason to roar.