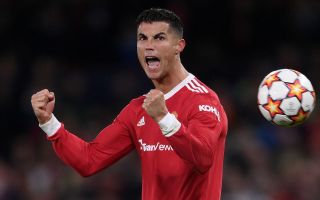 Manchester United will be looking at getting back to winning ways when they take on Atalanta in the UEFA Champions League group stages at Old Trafford on Wednesday night.

The Reds go into the game on the back of a disappointing 4-2 defeat to Leicester City in the Premier League last weekend, whilst Atalanta ran out 4-1 winners over Empoli in Serie A.

United currently sit third in Group F knowing that victory over the Italian side would take the reds top of the group and put the club in a much better position to qualify to the next knockout stages.

It’s no secret that its been a difficult couple of weeks or so for Manchester United and Ole Gunnar Solskjaer. After an impressive start to the season the wheels have started to fall off for the Norwegian and with Champions League qualification in the balance and with games against the top six all to come, this is likely to be a pivotal point in the season for both the club and manager.

Currently United are still in a somewhat decent position sitting just a few points off the top of the Premier League table and still have a good chance of qualifying to the knockout stages, but things could change fast should United suffer any more set backs in the coming weeks ahead which is why its so important United get back to winning ways starting with Atalanta on Wednesday night.

The Italian side have enjoyed a bright start in Serie A and currently sit sixth in the league table and as shown over the past few years aren’t a million miles away from actually winning the Serie A title and they represent without doubt United’s toughest opponent in the group.

An early goal in many respects could help United enormously in this one. It would help rally the crowd and help ease the pressure and if United can get one it could go a long way to helping United take all three points.

It’s a game United dare not lose and one which despite the recent set backs one which I do think United will win albeit I do think it will be very close.