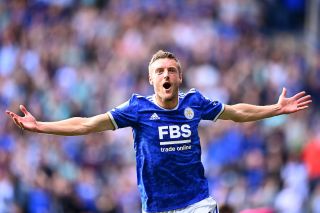 Manchester United will be looking to move to the top of the Premier League table when they take on Leicester City at the King Power Stadium on Saturday afternoon.

The Reds go into the game on the back of a disappointing 1-1 draw with Everton at Old Trafford prior to the international break whilst the hosts drew 2-2 with Crystal Palace at Selhurst Park.

Defender Raphael Varane will miss the clash against Leicester having suffered a groin injury for France during the international break, however, Marcus Rashford could be available to face the Foxes having missed the Reds’ opening games of the season thus far with a shoulder injury.

the international break came at a good time for United. Having made an impressive start to the new season defeat at home to West Ham United in the League Cup and dropped points against Aston Villa and Everton at Old Trafford has took the shine off what had been a decent start, but by having a break it has given the Reds a chance to make a fresh start and get the winning momentum back starting with Leicester City on Saturday.

Games against Leicester City in the past have never been easy and I expect Saturday to be no different. Leicester may have made a slow start to the season but with Vardy, Iheanacho and co the Foxes are a real threat and United will have to be at their very best should they wish to leave the King Power Stadium with all three points.

Cristiano Ronaldo, Bruno Fernandes and now Marcus Rashford are all expected to feature against Leicester and its that firepower up top which should prove to be enough to get past Leicester. It’s a game likely to have a lot of goals and a game that is likely to be one of United’s toughest tests of the season so far but it’s still one that I expect United to win albeit it will be a close affair.