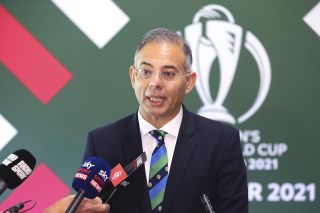 Manchester United director and board member Manu Sawhney has been accused of ‘physical aggression’ after being ousted as an executive of the International Cricket Council.

Sawhney has been present on the Manchester United board since 2012, acting as an Independent Director and a member of the club’s Audit Committee.

The businessman took up the role as the Chief Executive Officer of the ICC in March 2019 but has now been removed from his role, amid accusations of bullying in the workplace. The report comes from The Telegraph, who detail the complaints against Sawhney in an extensive report.

The decision to fire Sawhney came after a cultural review had revealed he bullied colleagues at the ICC and exhibited acts of ‘physical aggression’, affecting the ‘health and wellbeing’ of staff.

Furthermore, the report states that one of Sawhney’s former colleagues, who The Telegraph has spoken to, has been left needed therapy following the impact of his behaviour. Sawhney was described as a ‘narcissistic bully’ by the unnamed source.

Manchester United’s main shirt sponsor, Adidas, declined to comment when pressed on if they were comfortable with Sawhney remaining as a director at the club. The Old Trafford club have also ‘refused’ to sack Sawhney, according to the report.

“Manu Sawhney has served as an independent director of Manchester United for the past nine years. During his tenure on the board, we have not received any complaints about his conduct,” a Manchester United spokesperson has said, according to The Telegraph.

Sawhney has declined to expand on the latest accusations but has denied the reasoning for his departure from ICC, with the publication claiming he is acting as an advisory with no direct responsibility on operations at Manchester United.

“These allegations are not a true reflection of me or my time at the ICC,” Sawhney is quoted saying in the report.

“I am saddened that a small number within the organisation continue to make these false claims following my departure. Neither these nor any other concerns regarding my conduct were raised with me during my time at the ICC and once I was made aware of them, I immediately called for an independent investigation into the allegations

“The ICC denied this request which I believe reflected their unwillingness to verify the allegations and their agenda to remove me from my role.”