Raphael Varane remains unbeaten in European finals – a remarkable record from a player who has won the lot.

Anthony Martial, Paul Pogba and Raphael Varane were all part of the squad for the recent international break – which has now ended for France.

Pogba has posted a picture on Instagram with Varane on their flight back to Manchester to resume club duties ahead of this weekend’s Premier League clash with Leicester City.

They showed off their medals! 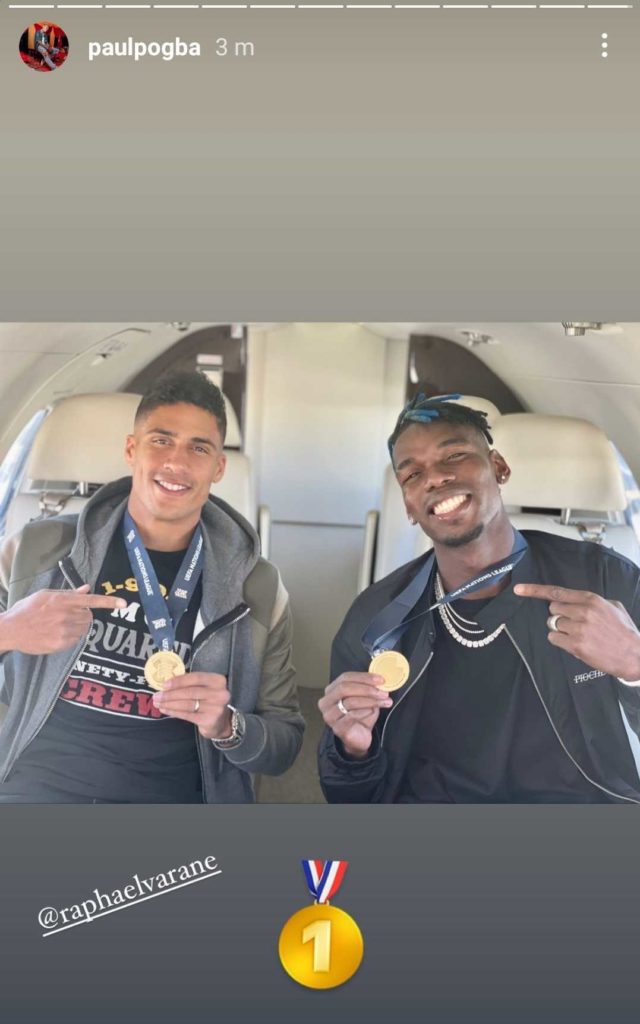 Martial wasn’t pictured and is presumably on another flight.

Hopefully, by the end of the season, United will have something to celebrate.