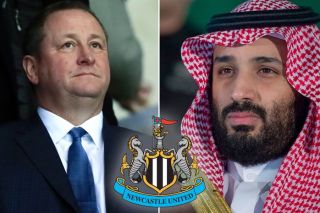 The catastrophic takeover of Newcastle United shouldn’t have been allowed to happen.

It’s a shocking deal which proves that football has lost its way to greed and there should be a moral line in the sand for anyone who cares about the beautiful game.

Following confirmation that a Saudi-backed takeover of the Magpies, understood to be within the region of £300m, there has been apparent backlash from the Premier League’s other 19 clubs.

The other clubs in England’s top division are demanding to know what changed for the deal to be waved through and why they received so little notice when it had previous been rejected, as per The Guardian.

It is far too late to stop the takeover now, sadly, but this emergency meeting will likely show a reflection of how high feelings are running.

One has to wonder what problems the owners of Man City have with the takeover, mind.