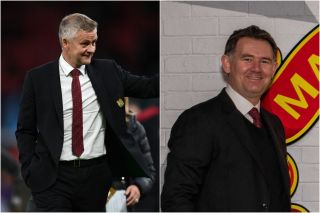 The new season is well and truly underway and subsequently, so is the pressure on Ole Gunnar Solskjaer. The Norwegian manager is overseeing his third full season in charge of the club, having finished in third and second place in his first two campaigns.

Manchester United made heavy investments in their squad over the summer, with the arrivals of Jadon Sancho, Raphael Varane, and Cristiano Ronaldo signifying an ambition to challenge for the major honours this year.

That has yet to translate onto the pitch and despite Cristiano Ronaldo’s efforts, which saw him win the Premier League’s Player of the Month award earlier on Friday, United have endured an inconsistent start to the season.

John Murtough, the club’s Football Director, has spoken out on the social media buzz surrounding United this season and has insisted that talk on social media will be ignored.

“One thing we do is just keep control – emotionally we don’t get carried away, we don’t deviate from our plan,” Murtough told the official Manchester United website.

“Ole and the staff are very focused on that. We don’t get distracted by what’s said on social media, which can sometimes create fervour and hysteria. It’s part of the modern game, but we’re very focused.”

The pressures of keeping up with supporters on social media can be challenging, even for the biggest clubs. But an extension to the current poor run Manchester United are on could heap the pressure on Solskjaer even further.