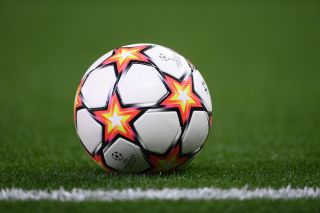 Manchester United manager Ole Gunnar Solskjaer was recently asked about UEFA’s plans to change the Champions League format for the 2024/25 season. The new format will see the format change from group to single league. The plans were officially announced in May this year, but fans aren’t happy. How will the move affect Manchester United?

The main change proposed by UEFA is the decision to change from splitting 32 clubs into eight pools of teams, to 36 teams competing in one league. Ultimately it will mean more games, which ensures more opportunities for fans to weigh in on the game, whether that’s in-person from the stands, or through betting online – or, of course, a combination of the two.

Made up of 10 fixtures, each competing side will play against 10 different opponents, the top eight of which will automatically advance to the 16th round. Any teams placed between ninth and 24th will enter a play-off round. If a club finishes between ninth and 16th they will be seeded and hold home advantage in the second leg.

The eight teams that win in the play-offs will progress forward to the round of 16 and will face each one of the top eight finishers. From there the competition will, certainly for the foreseeable future, continue to follow the existing format of knockout rounds, said knockout rounds leading to the final stage at a UEFA-selected neutral venue.

UEFA has also confirmed that these changes are also going to be implemented in the all-new Europa Conference League.

The change is a controversial one since teams would have to finish the Europa League or Europa Conference League to qualify. It would mean that last season’s 7th place team, Tottenham, would have qualified.

The argument online seems to be against a growing class divide amongst football teams. With more games getting played, revenues for buying players will increase. Clubs that can’t afford pricey players will be forced to contract cheaper players, while the rich simply get richer.

@A1ZH4RY said: “[British football fans] are going to get blinded by UEFA’s new reform which is horrendous. It goes against competition and meritocracy, but because it says, ‘Champions League’, it’s ok.”

@Football_Tweet said: “UEFA has approved the Champions League reform from 2024. Another shambles idea. Football is lost in the hands of these charlatans.”

There are even reports of protests, with Twitter user @ftamsut posting a picture of FC Bayern Munich stadium entrance draped with a banner asking FC Bayern to take a stand against the changes.

How will it affect United?

On Thursday September 16, the question was put to manager Ole Gunnar Solskjaer of what his thoughts were on the proposed reform.

“It’s quite complicated,” he said. He expressed that he hadn’t looked hard enough into it to comment on the details, but that he expected resistance.

“It might be a change for the better, who knows?” he added. Reluctant to give an opinion on what the new format would look like, he said he put his faith in the powers that be knowing what they are doing, adding “Hopefully, it will be a better competition.”

Perhaps Ole’s blasé response is due to Man United’s stable position in the Champion’s League. This year’s signing of the great Cristiano Ronaldo for an initial payment of almost £13 million was proof that they have deep pockets, and the players that are worth the money.

However, Man United’s position in the rival project of the European Super League, however fleeting, was perhaps a message to UEFA. The idea, which Manchester City, Liverpool, Arsenal, Chelsea, and Tottenham Hotspur had all signed up to, is also not without its controversies, and is even cynically viewed as failing before it begins, but it could be seen as Manchester United’s not so silent protest against the Champions League changes.