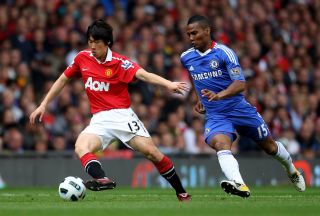 Former Manchester United midfielder Park Ji-sung has asked the club’s fans to stop singing a song which contains a stereotype about his native South Korea.

Park was one of Sir Alex Ferguson’s most trusted players throughout his time at Old Trafford – between 2005 and 2012 – and fans still sing the question in question, but in his honour rather than trying to offend him.

However, it includes a disparaging line about Koreans eating dog meat, and he understandably doesn’t want it aired anymore.

Park, 40, wanted to explain to supporters why the words are harmful to him and his compatriots.

“I’m really sorry for him to hear that,” Park told the UTD Podcast when he was told about United fans singing the song at Wolves away last month as they unveiled South Korean striker Heang Hee-chan.

“I know that United fans don’t mean any offence to him for that song but still I have to educate the fans to stop [using that expression], which is usually these days a racial insult to the Korean people.”

Park made over 200 appearances for United after signing from PSV Eindhoven – winning four Premier League titles and the Champions League in 2008.